The other day I had a look on Dominiques QRZ.COM page and saw, he claimed to have a beacon on 13 cm as well. The frequency seemed to be quite strange: 2308.037 MHz

It´s because the situation in Switzerland is different, than in other european countries: 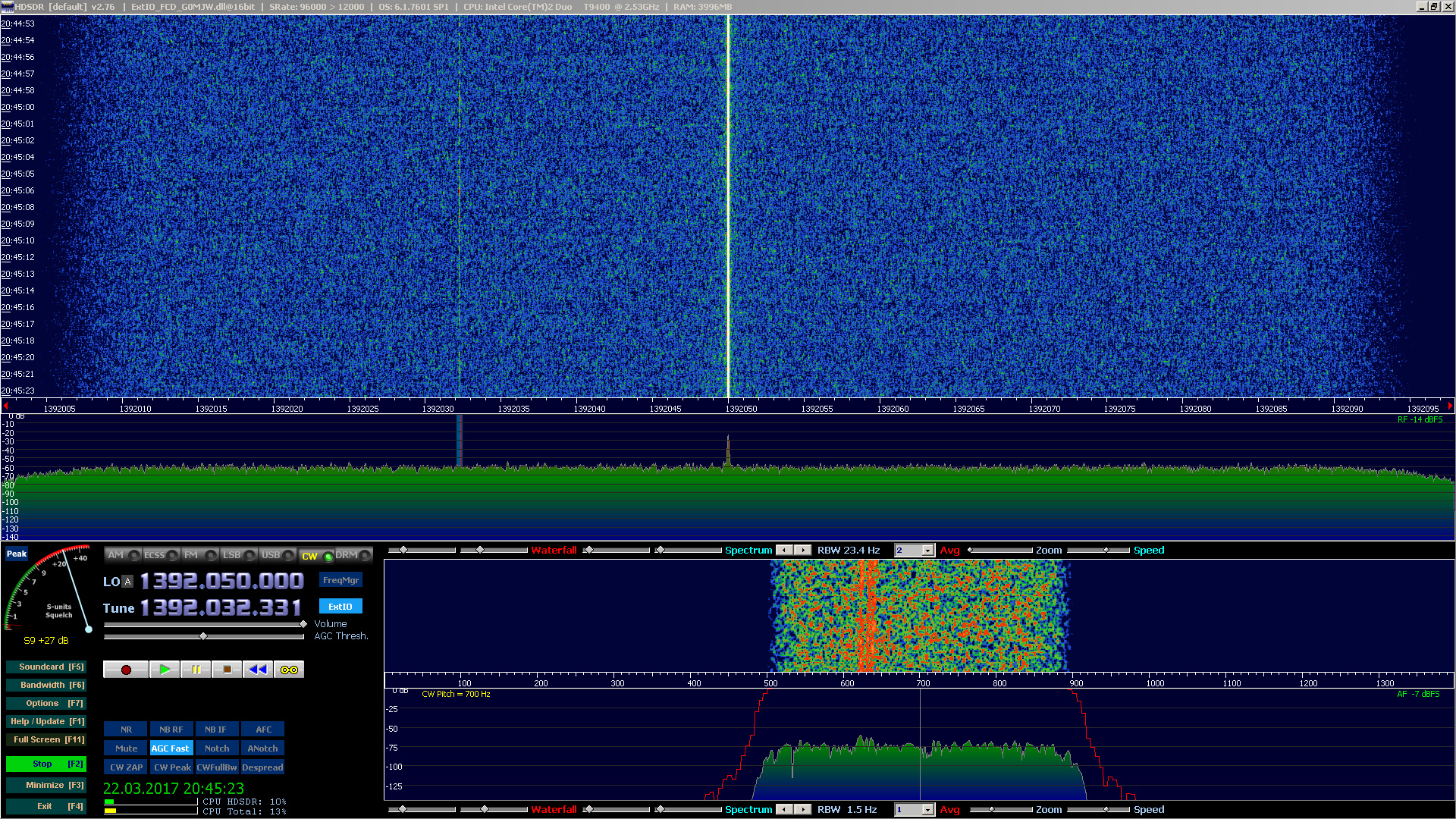 I contacted Dominique and he assured, the beacon should be on air. So I tried with the setup, I received ISEE-3 quite a time ago and monitored the path for airplanes. So after a short while, there was a trace to be seen on 2308.032 MHz. Even the keyed carrier could be heard deep in the noise, when larger aircrafts crossed or flew along the path.