Tonight I created a new list of all beacons, I have been able to receive here in Mainz (JN49CV) on 23 cm and 13 cm since becoming QRV again in 2011.

It can be found here.

There are some beacons I am used to check whenever I am in my shack. One of them is quite a special one: DB0LTG on 1296,745 MHz.

This beacon provides a very stable signal of normally 40 dB, usable for antenna calibration, especially when the sun isn´t available at night time. On the other hand the beacon is part of a linear transponder located on the Unnenberg near Gummersbach, Germany. The input is in the 432 MHz band and the output in the 1296 MHz band. In my SDR I can even see the noise floor of the transponder next to the beacon. 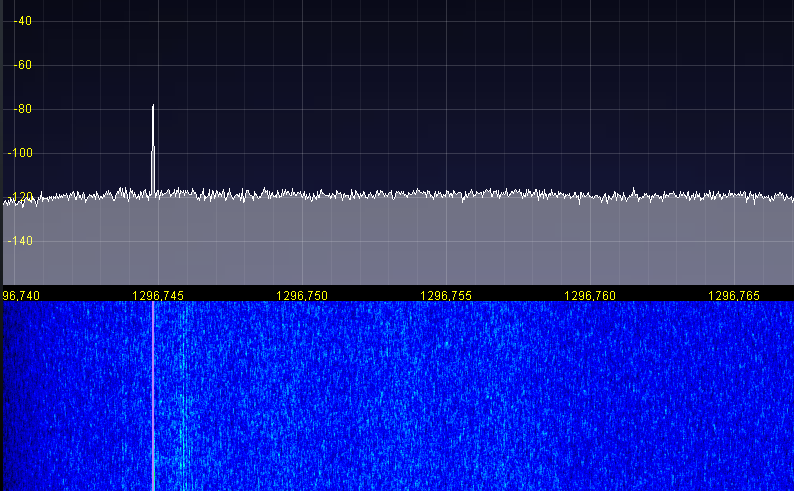 When talking about the transponder, Rudi, OE5VRL/5 was the only one I worked on it until now. We had big fun in performing a QSO via DB0LTG in October 2012 when conditions allowed such a crazy test. While performing my daily beacon check tonight, I noticed some SSB signals on the transponder. So I prepared my (poor) 70 cm equipment and set it to the input frequency. My first call was heard and so I enjoyed chatting to the guys who were initially setting up and now using this nice toy every Wednesday night.

By the way: The distance from Mainz to Gummersbach is 135 km. For details of transponder and beacon visit the website of DB0LTG.