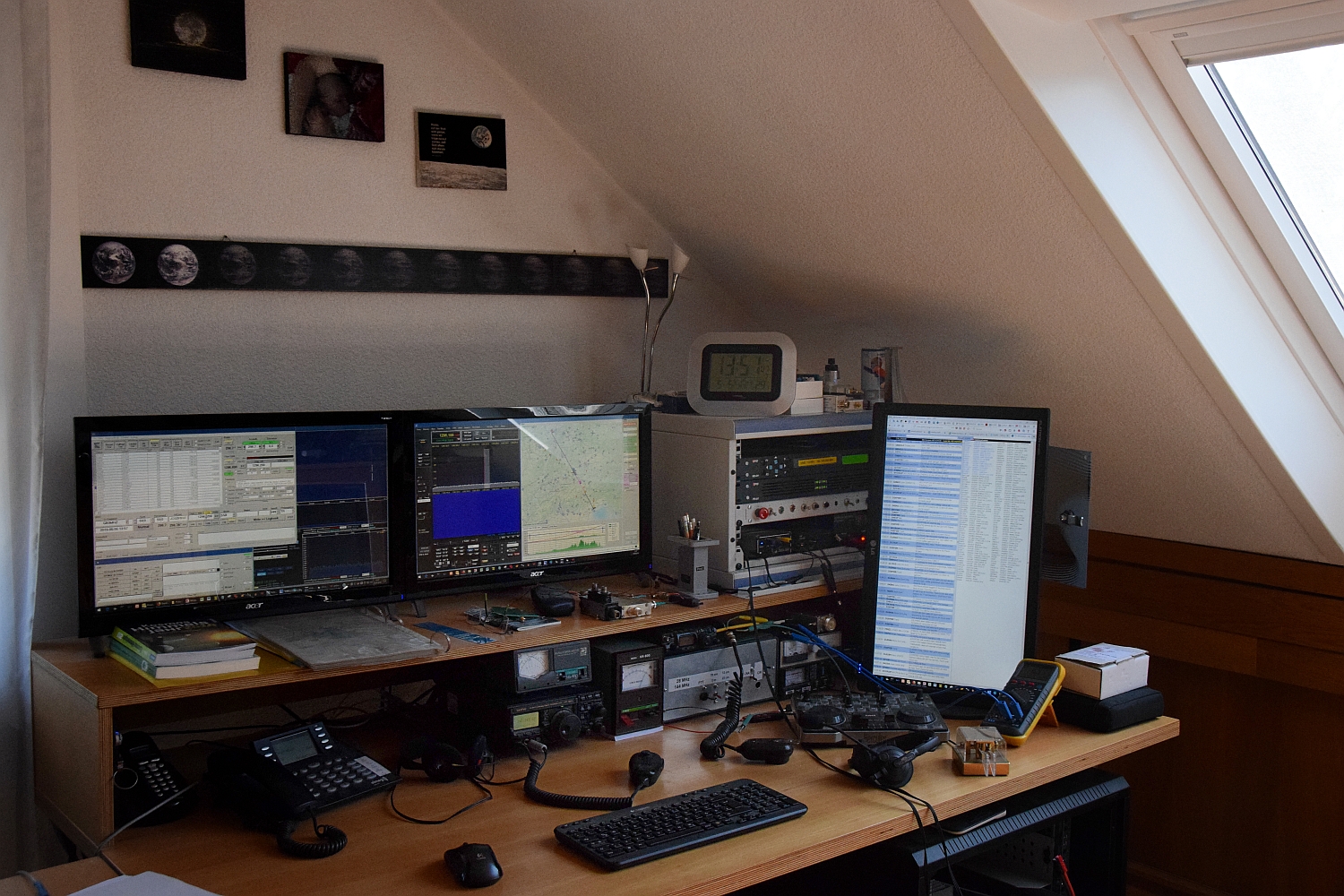 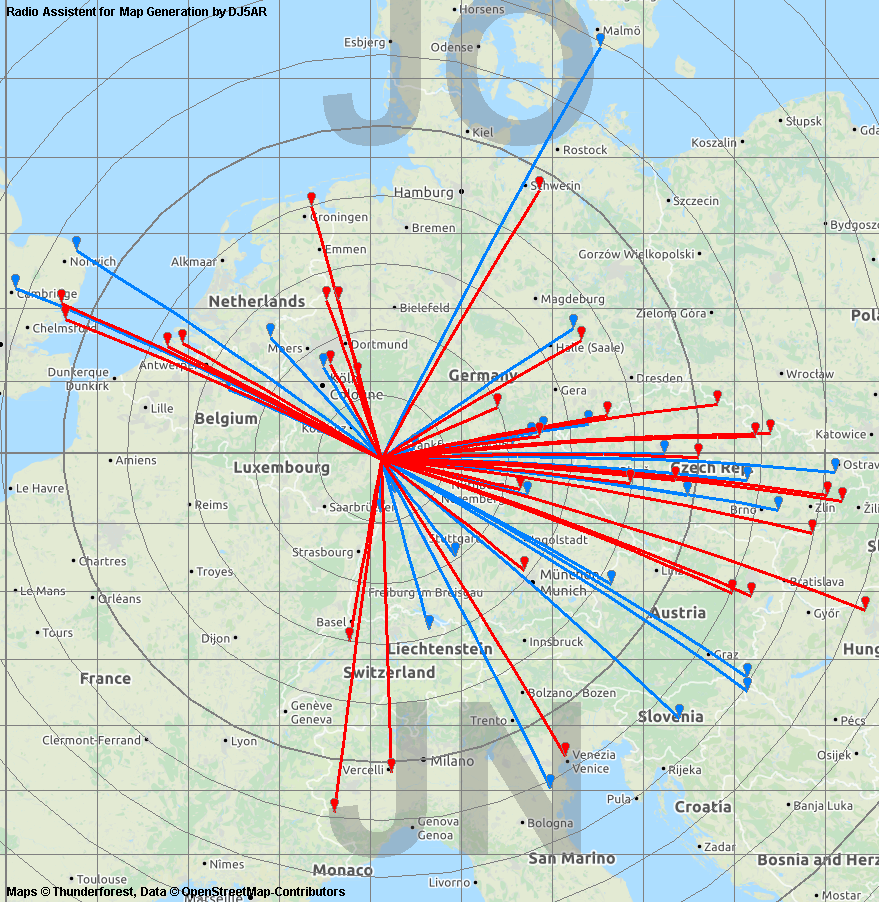 When looking for the annual results of the Italian Activity Contest 2016 on 1296 MHz yesterday, I was really surprised, to be the winner. I haven´t expexted this, as Giorgio, IK3GHY, had a higher score in total all the time. But as he won in 2015, he was out of competition in 2016. I have to respect his success and congratulations for your extraordinary score, Giorgio!

But anyway, it was great fun to work the italian lads every 3rd Tuesday in month. Hopefully, there will be enough time to be QRV in the 2017 events. I am also looking forward to go to Italy in October, meeting friends in Venice and at the Alpe Adria meeting near Udine.

Steve, IU1EAF, will be the contest manager in 2017 and the rules have changed too (english version online now). Thank you to Alfredo, IK2FTB, for all the work in the past year. 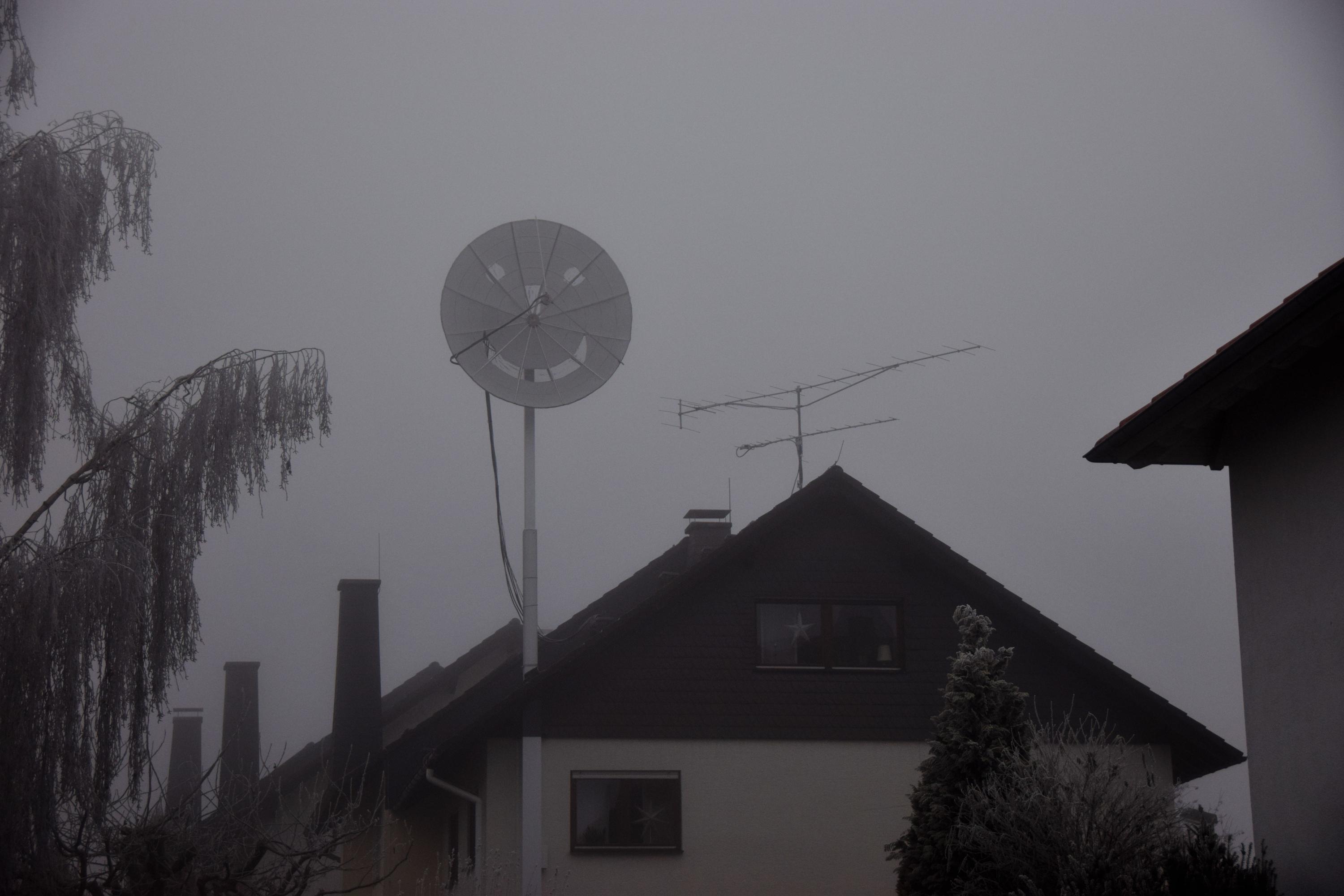 The yagis are full of ice and no more useable. The dish just grins about! 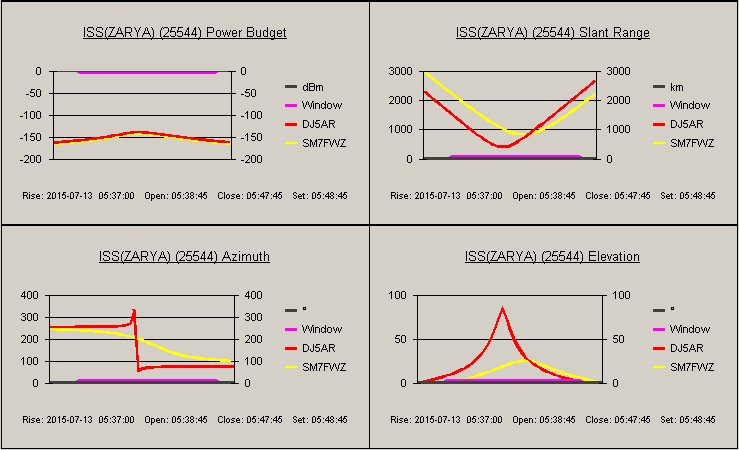 A long time monitoring of the beacon F1ZMT in JN07CX via Aircraft Scatter on 1296.872 MHz shows asymmetrical reflections on most of the crossing planes.

As the distance to the beacon is 624 km and it´s ERP of just 10 W (a panel antenna to the south combined with an omnidirectional big wheel) is rather QRP, only weak reflections can be detected from time to time. This ensures, that received signals were reflected on single airplanes. In this example can be seen, that the reception starts shortly before the plane crosses the path between DJ5AR in Mainz and F1ZMT in LeMans. Unexpectetly the signal can be seen for quite a while after crossing. There is a continuous variation of the doppler shift and no spread of the signal, as is usual for a moving solid reflector. 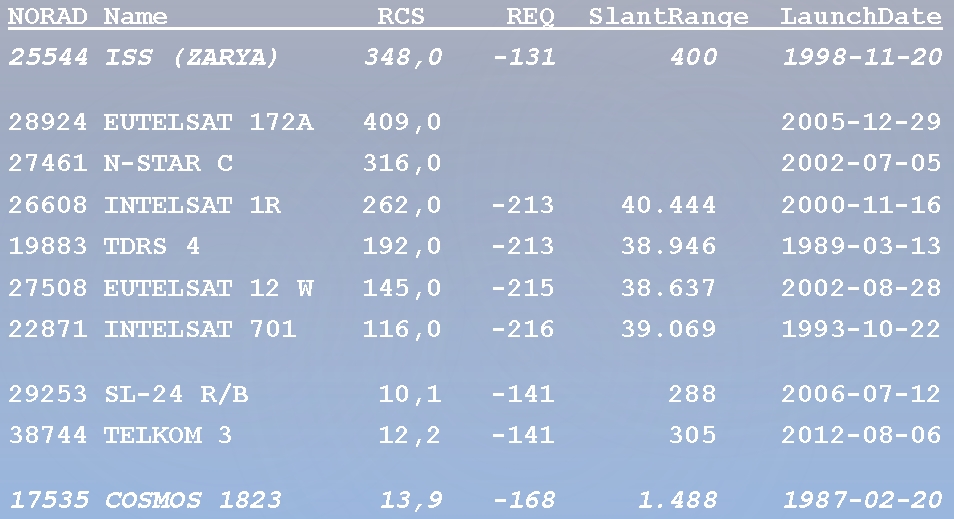 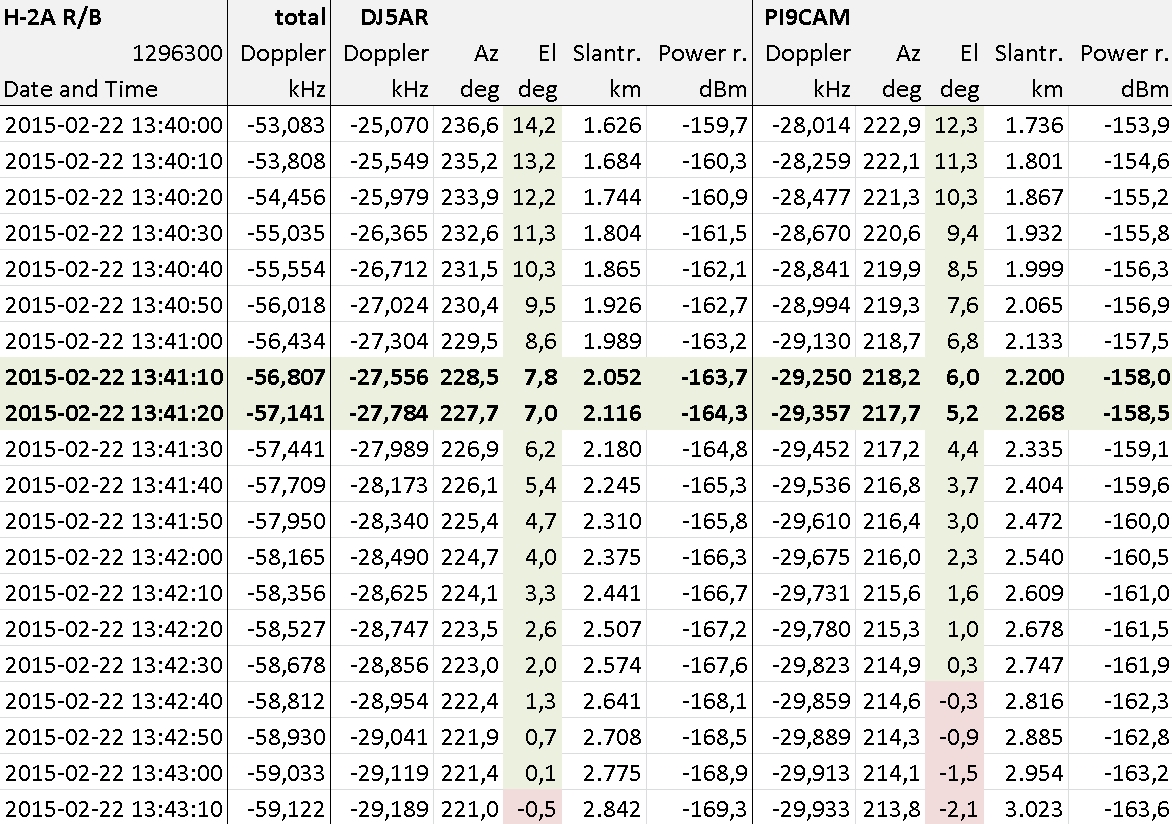