While performing my daily beacon check, a strange constellation around 1296.850 MHz appeared on the display of my SDR. The dish was turned to 254° at that time, to look for F5XBK. 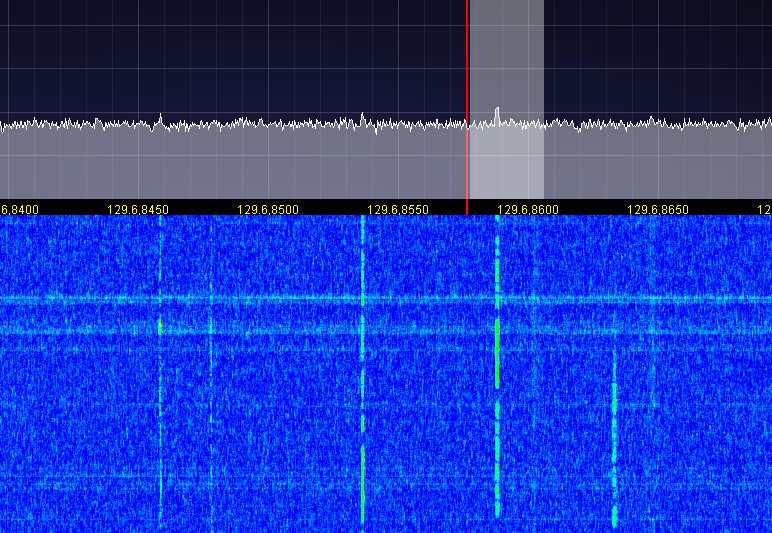 Beacons heard via rain scatter on 23 and 13 cm

The map shows the location of DJ5AR in Mainz (green marker) in relation to the scatterpoints (blue markers). The paths to the beacons on 1296 MHz are in light blue and on 2320 MHz in dark blue. For that time heavy thunderstorms with flooded roads and cellars were reported for the area of Hermeskeil in JN39.