Jan, PA3FXB, of the CAMRAS team at the radio telescope in Dwingeloo was so kind, to send me some data about occultations of Longjiang-2 or DSLWP-B by the moon. So I monitored the beacon on 2275.22 MHz and saw the signal disappearing, as soon as the moon was covering the probe at 11:06:50 CET. 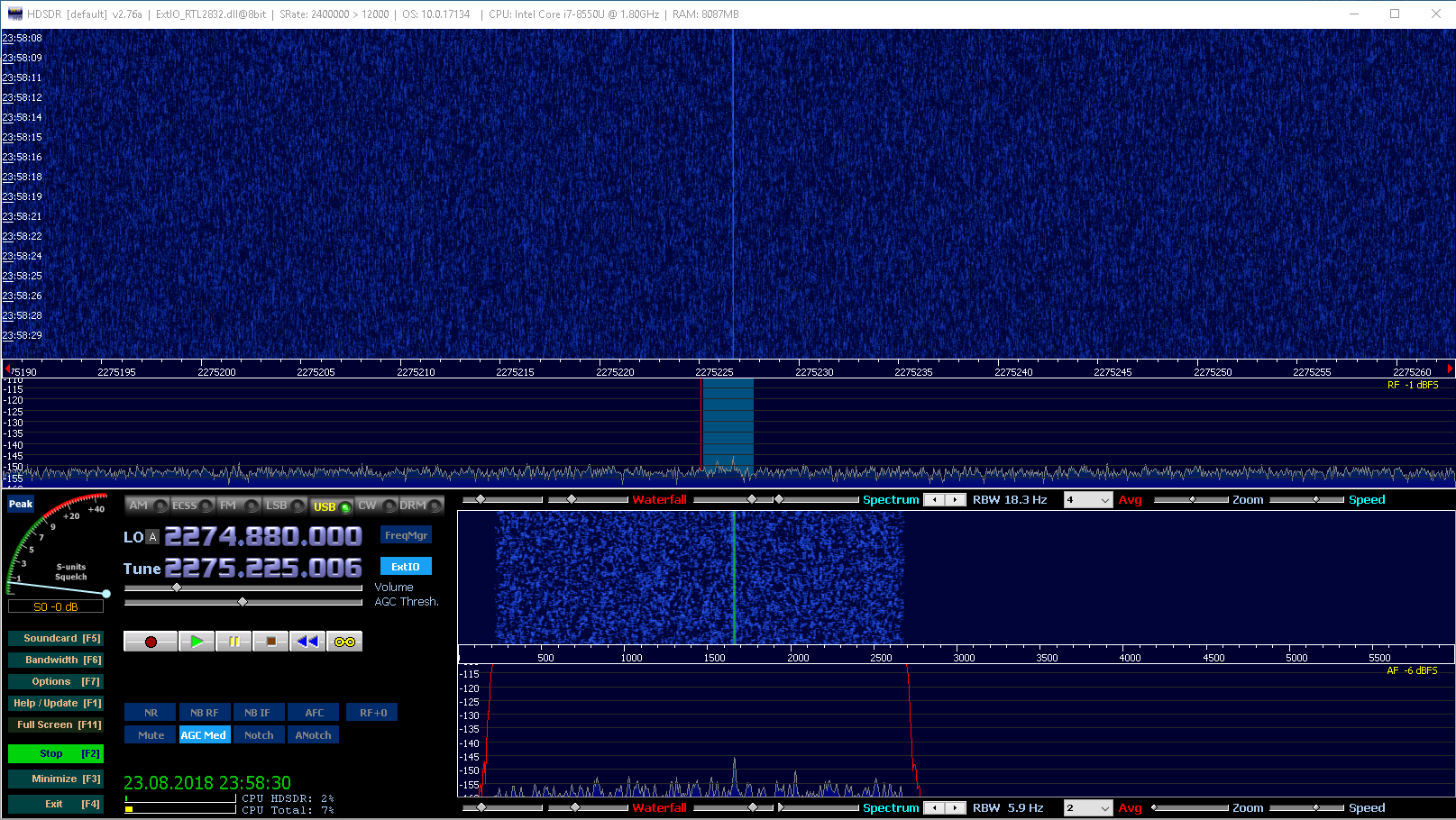